Dr Kuven Moodley has been a substantive NHS consultant at St George's Hospital since June 2016, when he was appointed to lead the development of the Trust's Acute Neurology Service. He sees patients privately at the New Malden Diagnostic Centre and Spire St Anthony's Hospital.

He is the past service lead for the St Georges Hospital Hyperacute Neurology Service, and has also served as the Trust’s acting clinical lead for Delirium and its medical lead for Informed Consent. Dr Moodley completed his medical training in South Africa at the University of the Witwatersrand and relocated to London in 2005, specialising in Internal Medicine and Care of the Elderly. In 2010, he switched to higher training in Neurology to pursue his interests in neurovascular and neurodegenerative disorders.

Dr Moodley has rotated through several centres of excellence including King's College Hospital, St George's Hospital, Hurstwood Park Neuroscience Centre, and the National Hospital for Neurology and Neurosurgery. In 2016, he was awarded an MD for original research in neurodegenerative dementia.

Dr Moodley has research published in a wide number of internationally recognised medical journals and has also completed the Cardiff University Bond Solon Expert Witness Certificate (Civil Law; modules in Report Writing, Civil Law and Procedure, Courtroom Skills and Cross-Examination). In addition to clinical work, he is involved in postgraduate clinical training and has contributed to several large-scale Quality Improvement Initiatives, including the formulation of commissioning guidelines for Acute Neurology and Revisions of Clinical Pathways for Informed Consent, Delirium Care and Acute Agitation Management. 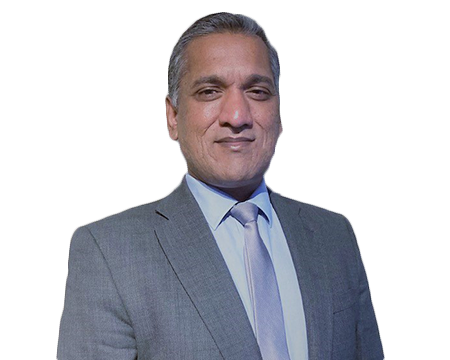 What is memory loss? Memory loss, also known as ...

Very helpful, reassuring, thorough and caring. Explained the diagnosis in easy to understand terms. Overall highly impressed and would have no hesitation at all in recommending Dr Moodley.

I was really happy with my consultation. I would not hesitate to recommend Dr Moodley.

I managed to get a last min appointment for review prior to surgery. Dr Moodley was professional, explained things in a way I could understand and sent a letter to my surgeon that same day. His knowledge was fantastic and it felt like he really listened.

Dr Moodley is was fantastic. He was very through on exploring /assessing all options for my condition. He diligently talked me through the assessment and the diagnostics, and my options. His follow up was superb. I would wholeheartedly recommend him.

After stuggling with headches for over a year and and feeling like my own GP wasn't listening to me . I can now move forward and feel positive with my treatment . I have total confidence in Dr Moodley and I highly recommend him to all.

Dr Moodley was excellent. He took the time to listen to my problem and gave me the advice and reassurance I needed. He went well beyond the normal time for an appointment to make sure my problem was dealt with properly. I'm very grateful and I highly recommend him.

Very patient and knowledgeable!! Made me feel very comftable and is continuing to help me improve my life. Fully recommend!!!

Dr Moodley, took the time to listen and most importantly was interested in what I had to say. He is extremely knowledgeable in his field and I would highly recommend him.

The services that I received from Dr Moodley was excellent. I would highly recommend!

Went to see Dr Moodley with a new persistent headache. Dr Moodley listened to every idea i had about the cause, spent ages asking specific questions and a thorough exam. Couldn't ask for a more comprehensive diagnosis.

Very knowledgable and thorough doctor - would recommend to family and friends

Dr Moodley has been amazing and the only Neurologist that has helped. I was passed from pillar to post through NHS but Dr Moodley has supported me and given me the best help. Very friendly and knows what he is talking about. Definitely recommend. Thank you

I will rely on a Zoom consultation in future because it took over 4 hrs to arrive at NMDC from Marlborough.

Dr Moodley is the best consultant I have seen (ever) in the UK. Very confident, attentive to the patient's concerns, he has top communication and explains it all with kindness and care. Extremely knowledgeable and (finally!) a doctor who sees the patient as a whole.

Dr Moodley is professional and efficient. I got to have my scans and see him on the same day. He explained everything to me in a very clear manner. He was also kind and friendly. All of the team were very good.

Wonderful! Dr Moodley asks the right questions to diagnose you and dives in to help! Would recommend 10/10!

Dr Moodley engaged in a very detailed and thorough discussion of my NHS MRI scans, symptoms and family history. He was extremely kind, helpful and knowledgeable and I would not hesitate to recommend him.

Dr Moodley has changed my life. His indepth knowledge and explanation of my issues really made me feel assured. After 4 years of seeing other healthcare professionals Dr moodley was able to detail what was happening to me in half hour! Thank you doctor.

I had an e-consultation with the doctor. It was a great experience and I'm looking forward to following the treatment plan and his advice. The platform worked well but one of my devices would not sync. I had to ask for the meeting link before the appointment.

An outstanding consultant! Despite the fact Dr Moodley was abroad and otherwise engaged, he was kind enough to see me. His professionalism was outstanding. He has a warm reassuring manner and an immense breadth of knowledge in his field. I couldn't reccomended him highly enough.

In depth analysis and understood every word, a masterclass.

Dr Moodley so quickly grasped the problem and explained most likely causes, diagnosis and a planned course of treatment it a way I could totally understand. He was so easy to relate to, with a relaxing but professional manner that left me, and my wife, so very impressed. Superb.

This website uses cookies to improve your experience while you navigate through the website. Out of these cookies, the cookies that are categorized as necessary are stored on your browser as they are essential for the working of basic functionalities of the website. We also use third-party cookies that help us analyze and understand how you use this website. These cookies will be stored in your browser only with your consent. You also have the option to opt-out of these cookies. But opting out of some of these cookies may have an effect on your browsing experience.
Necessary Always Enabled
Necessary cookies are absolutely essential for the website to function properly. This category only includes cookies that ensures basic functionalities and security features of the website. These cookies do not store any personal information.
Non-necessary
Any cookies that may not be particularly necessary for the website to function and is used specifically to collect user personal data via analytics, ads, other embedded contents are termed as non-necessary cookies. It is mandatory to procure user consent prior to running these cookies on your website.
SAVE & ACCEPT